As the end of August will mark the end of an era in Sang-Ju for us for we'll be heading to Jeju for new thrills and spills so we thought a fancy dress dance party would be a nice way to mark the occasion ! 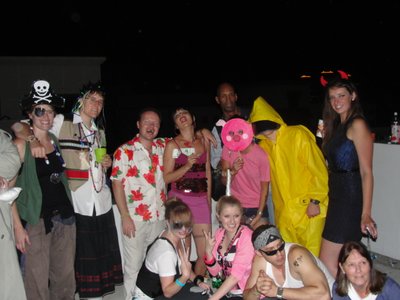 So we invited all our friends here in Sang-Ju to put on their dancing shoes and to dress up in any way they wanted. Most, as you will see below, gave free rein to their no-holds-barred imagination dazzling us all with their outstanding outfits. Thank you all of you for making it such a memorable night ! 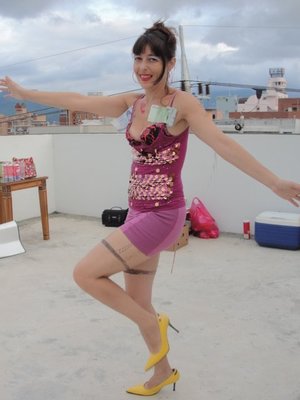 The lady of pleasure (Barbara)

A big thanks also to Jessica and Julian for managing the "Braai" (South African for BBQ) during the party and for your wonderful present which we will treasure forever; thank you both so much. 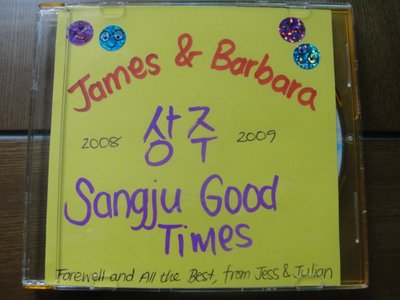 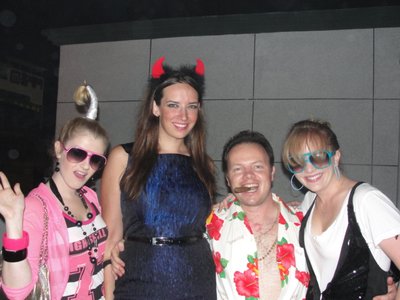 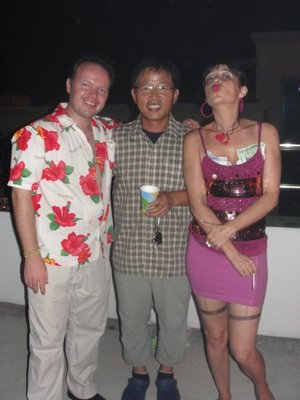 The pimp (me) and Mr.O (tennis partner) and the harlot (Barbara) 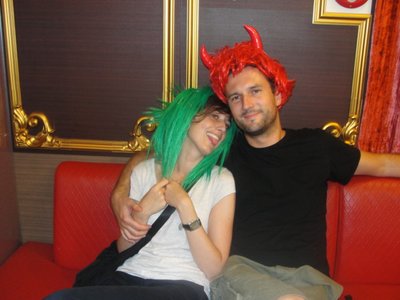 Arnaud and Perrine who came to stay at ours for two weeks don their wigs to get in the
spirit of their first Noraebang (Korean style karaoke ). 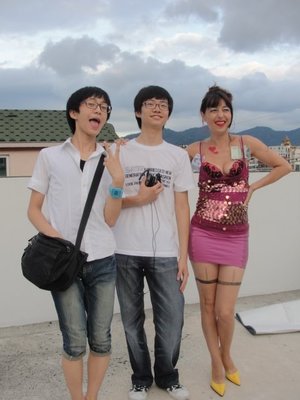 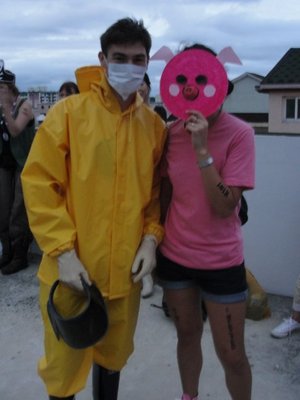 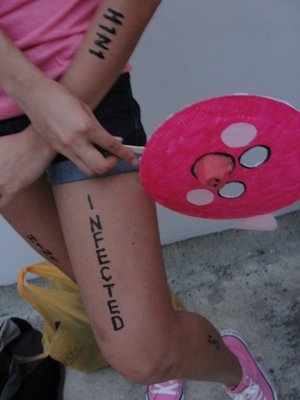 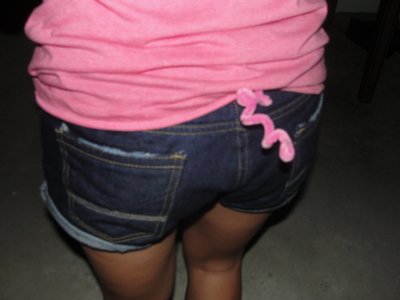 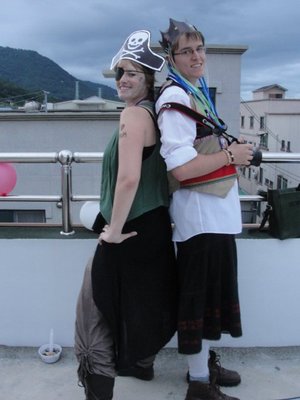 The pirate (Jessica) and the South African healer (Julian). 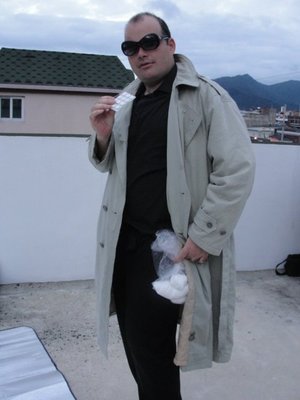 The "Dealer" (louwrens). His outfit and props were so convincing that
Jane, one of David's friends actually believed he was selling drugs ! Ha ! Ha ! 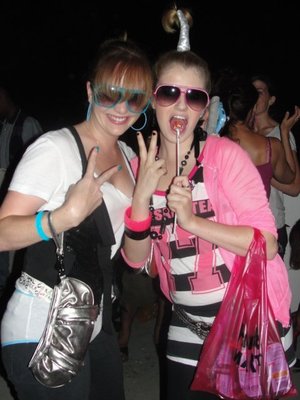 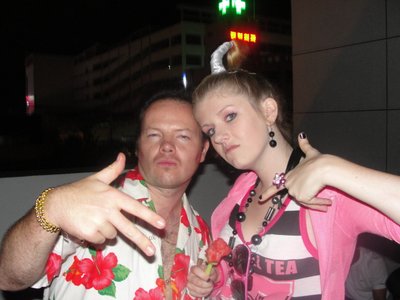 The pimp (me) hanging out with Santa Barbara ( Devon ) 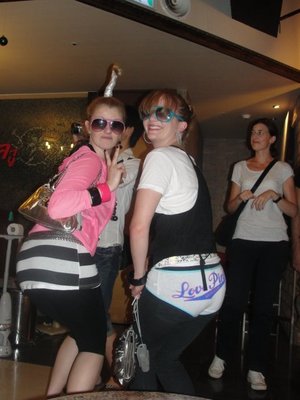 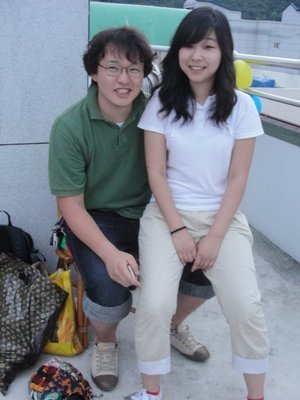 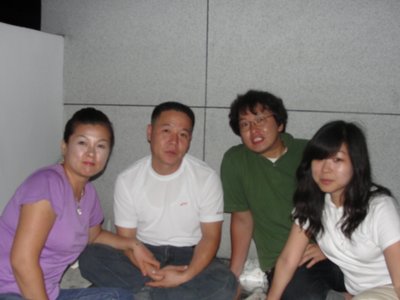 From right to left; Hani, Jae and their friends from Baekdujeon village near
to Sang-Ju