In the beginning was "Bekjudohalman" and her husband "Solo so jeon guk" who gave birth to Shamanism in the east of the island. They gave birth to 18 sons and daughters who in turn gave birth to more sons and daughters and slowly but surely Jeju was inhabited by 18 000 divinites throughout the whole island. After they got divorced because the husband ate pork which was forbidden. He was thrown out of the house but set up camp nearby where there is still a shrine dedicated to him.

There are 400 shrines scattered throughout the island. Some are coastal where the Haenyo (women divers) and fishermen pray and give offerings to the goddess of the sea called "Halman" before going to fish out at sea. 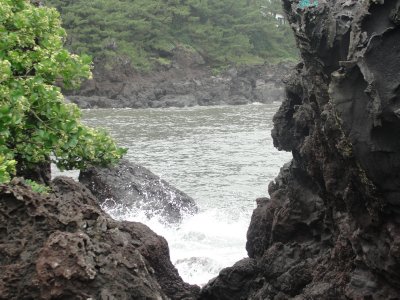 This is a secret spot for Haenyos from where they dive into the sea to go fishing. Here there is a shrine to the King of the Sea to whom they pray and give offeriengs before venturing out to fish in the sea 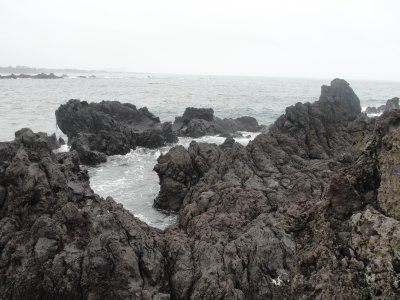 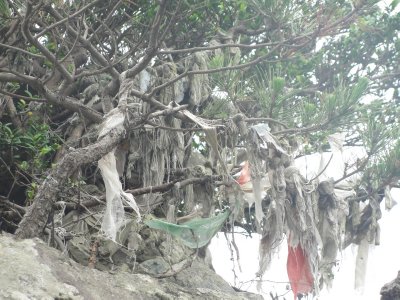 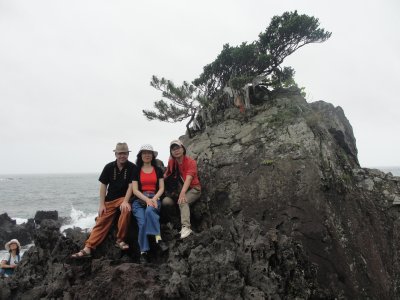 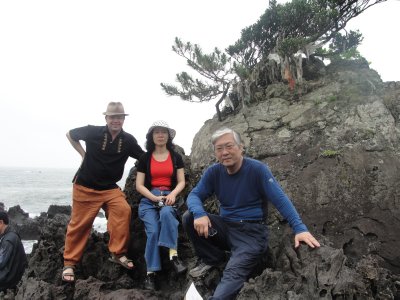 Me Young Hie and another visitor 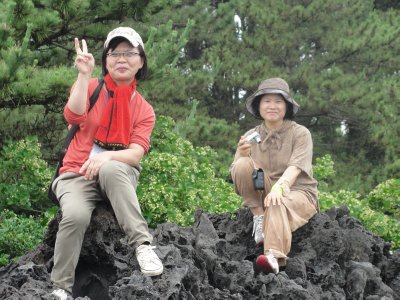 Young Ga and another visitor. Me and Barbara were the only westerners there. We felt quite privileged. 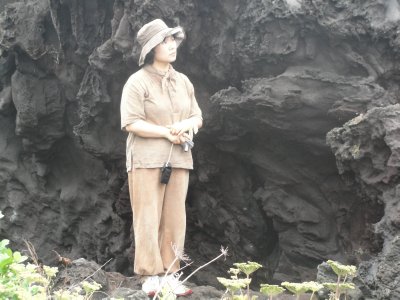 There are also shrines near to the villages and hamlets inland which are impossible to find for tourists visiting the island. Only the locals know their whereabouts. Even somebody from Jeju-si looking for a shrine in Seongsan wouldn't be able to find it. The shrines inland are in the thick of areas of unspoilt natural beauty. 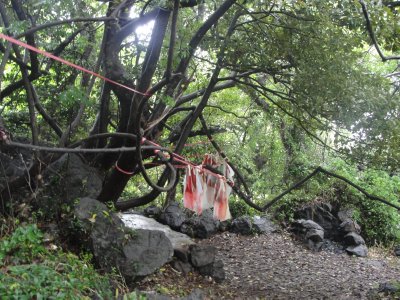 The altar is usually rocks around a tree. Paper like cloth is hung from the branches or from cracks in in the rocks. These are offerings to the particularly divinities of each shrine. Paper-like cloth are offered because in the spirtual world it can be used as money or as clothes for the spirits worshipped. 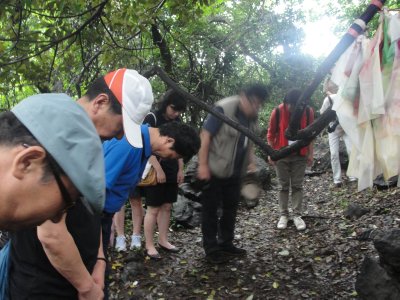 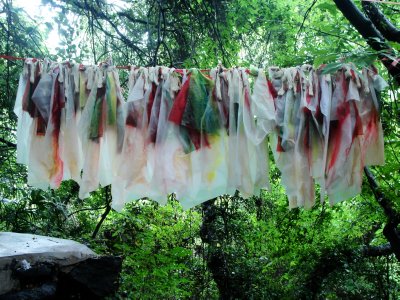 The more colourful the cloth the more fervent is the faith of the follower. 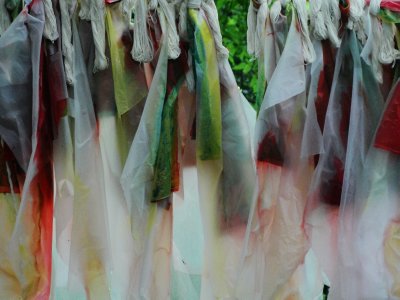 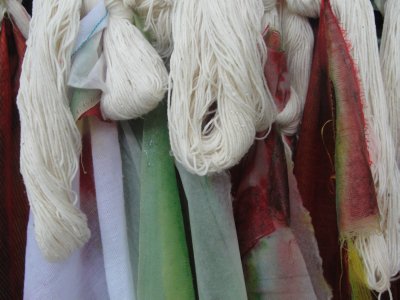 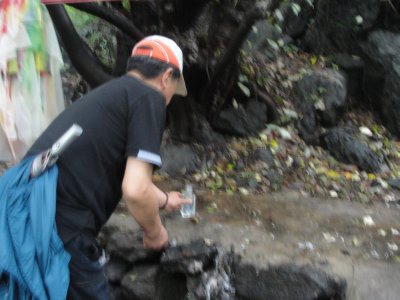 Soju is also poured onto the rocks and trees beneath the hanging pieces of cloth as well as incense to perfume the world of the gods and goddesses. 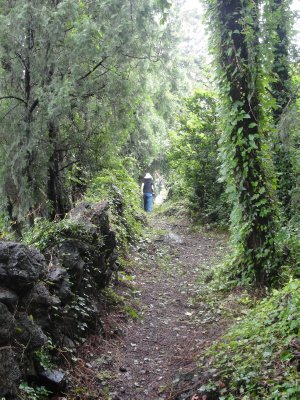 The 'Dang Olle" or "shrine paths" were the origin of the "olle" hiking trails which meander throughout the whole of Jeju.

Some shrine locations have three near to one another. The shrine highest up is the "high shrine" the one below is the "middle shrine" and the one at the bottom is the "low shrine". One we went to is a shrine devoted to snakes. Snakes before they acquired negative connotations were revered because it was believed they brought prosperity to an individual or a community. Even in houses there were shrines dedicated to the snake spirits.

According to Young Ja our friend, who kindly invited us on this tour to introduce us to shamanism in jeju, shamanism is thriving on the island much more so than on the peninsula. She explained that there are four precise dates in the year when there are ceremonies in these remote off the beaten track hidden shrines and that shrine worship at any other time of the year is looked down upon. But individuals still do go to them to pray and to worship but surreptiously so to avoid reprimanding remarks.

Also there isn't one sole divinity who the whole of Jeju's inhabitants worship. Each community have their own unique divinities to worship. 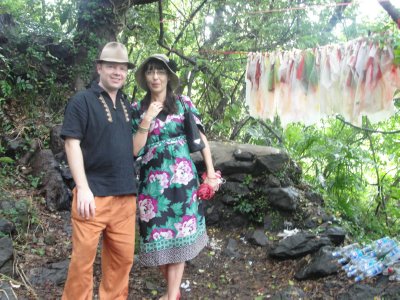